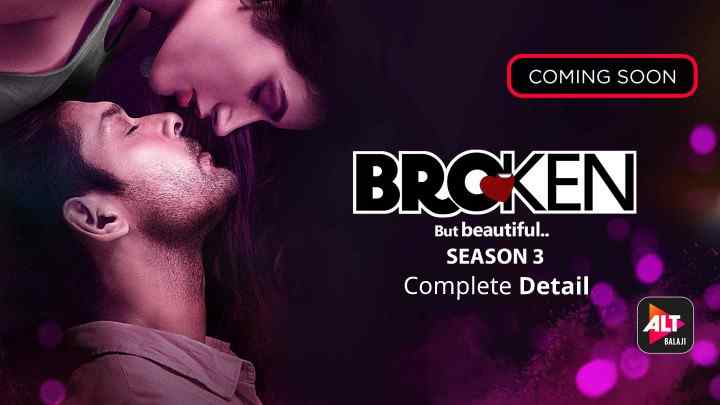 The official trailer for Broken But Beautiful 3 just came out and it looks like we are in for an emotional ride again. There will be romance, warm moments and most of all there will be heartbreak.

The show’s first two seasons were a major hit and were loved by the fans. The chemistry between Vikrant Messy and Harleen Sethi was something that drove the show.

The storyline, the acting, the plot, and the music especially, fans loved everything. The show’s latest season will involve a new cast and a new storyline. So, let’s take a look at all the things we know about the show’s upcoming season.

The show will feature the story of Agastya and Rumi. The story will be again of heartbreak, love, and desire. According to the trailer, Rumi is a writer and she is in a no-string attached relationship with Agastya.

But both of them started having feelings for each other and none of them can say anything to each other. The story will unfold with confusion and heartbreak. It will a decent watch with lots of twists and turns.

The latest trailer also features some of the latest music and like previous seasons it sounds amazing. I am excited about the latest season and it will be an emotional ride.

The show will stream on May 29, 2021, on Alt Balaji. You can download the app from Play Store and can watch the show there. The third season will feature 10 episodes like the previous seasons.

Each episode will be around 30 minutes long. So, it will be a perfect show to binge-watch in these times.

The show will feature Siddhart Shukla as Agastya and Sonia Rathee as Rumi. Other cast members have not been announced yet. The trailer also featured Vikrant Massey and Harleen Sethi in a guest appearance.

They will be in the show as their previous season’s characters Sameera and Veer. So, it will be a decent and welcomed surprise. We will update you as soon as something is announced.

The third season will be directed by Priyanka Ghose and written by Sharifa Roy. Yukti Anand and Sarita A. Tanwar are producing the show. Amaal Mallik, Vishal Mishra, and Akhil Sachdeva are handling the music of the series.

Broken But Beautiful: What To Expect?

You can expect another emotional roller coaster from the third season. I have no idea if Agastya and Rumi’s story will complete in one season or will continue for another like the previous one.

But, that also makes it an interesting watch. I am already prepared to add this season’s soundtracks to my playlist. I am personally hyped for the show and will binge it right as it comes out.