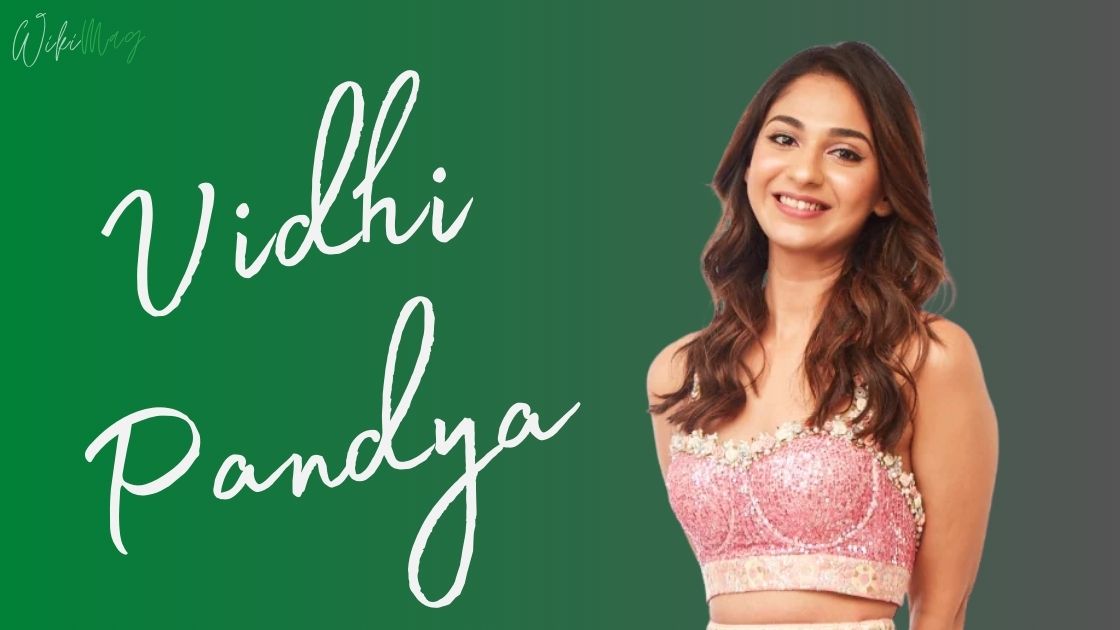 Vidhi Pandya debut her acting career in 2014 with a television drama series “Tum Aise Hi Rehna” which aired on 10 November 2014 and ended on 10 April 2015. In which she played the role of Kiran Maheshwari.

Hii, Hope you are all fine. Today’s blog is about a television actress. In this post, we will share with you all his family, her careers, and his experience in the journey of television shows.

First of all, we get to know about her and her family. Her name is Vidhi Pandya, she was born on 7 June 1996 (Friday) in Mumbai. She was born into a middle-class (Brahmin) family. Her mother’s name is Rita Pandya is a homemaker. And her father is an Indian businessman You will be updated as soon as her parents’ name is revealed. And she also has a brother named Urmil Pandya, Urmil Pandey is older than his sister in age.

Before we start moving ahead, let us also tell you about her educational qualification. She did her early studies at St. Lawrence High School, Mumbai. She did her graduation from Sophia College, Mumbai.

As I told you early, she debut her acting career in 2014 with a television drama series “Tum Aise Hi Rehna” which aired on 10 November 2014 and ended on 10 April 2015. In which she played the role of Kiran Maheshwari.

When she was playing the role of Rani in Laal Ishq. So she was last seen in episode 110th. Vidhi Pandya was replaced by Kanika Kapoor for the role of Suman Tiwari in the TV show Ek Duje Ke Vaaste Main when she left the show in the mid.

In 2017 Vidhi Pandya was proposed for the ITA award for the best popular female actress. And in 2019 she secure the Golden Petal Award for best supporting actress.

Vidhi Pandya is a huge fan of Bollywood actor Shahrukh Khan. In 2017 Sharukh Khan visited the sets of Uddan to promote his film jab Harry met Sejal along with Anushka Sharma. Vidhi Pandya met Shahrukh Khan and expressed to Shahrukh khan that she felt like Jaya Bachchan person who was curiously waiting at the door and looking for Shahrukh to enter.

It is said that the bigger your tomorrow, the more nefarious things happen about you. Neither you nor I have been able to escape from such an exception. One such time it was heard about Vidhi Pandey and director Pawan Kumar that both are dating each other In 2018. Due to which another director was brought in after removing Pawan Kumar.

She has a tattoo on her left foot.

She said:- I actually felt like I was Jaya Bachchan from the movie Kabhi Khushi Kabhi Gham eagerly waiting at the door await Shahrukh Khan to enter. The whole scene ran through my head when I did something similar. I am extremely happy as my childhood dream finally came true as a got to share a hand-in-hand moment with Mr. Khan. I will adore this moment forever in my life.

She said:- Every role has to be different and difficult from all the previous work she did in her life. It should be difficult yet a beat in her comfort zone. She is not at all comfortable doing intimate scenes.

She said, “I love doing emotional scenes. Such kinds of scenes are my favorite where I get to perform as an actor. After some time, my eyes start burning because of the lenses and the glycerin but I still love it.”

Net worth of Vidhi Pandya

Her Net worth is 6 crores. The Source of her income is tv shows, music videos & brand endorsement through which she generates a good income.

She has a grey color Honda city car which she used for moving throughout Mumbai.

Some intresting facts about Vidhi Pandya

What is the Net Worth of Vidhi Pandya?

Vishi Pandya’s Net Worth is More than 6 crores.

What does Vidhi Pandya do?

She is an Actor.

Which car does Vidhi Pandya own?

She owns Honda City in Gray color which cost is approximately 13-14 lakh (ex-showroom).

When was Vidhi Pandya’s Birthday?