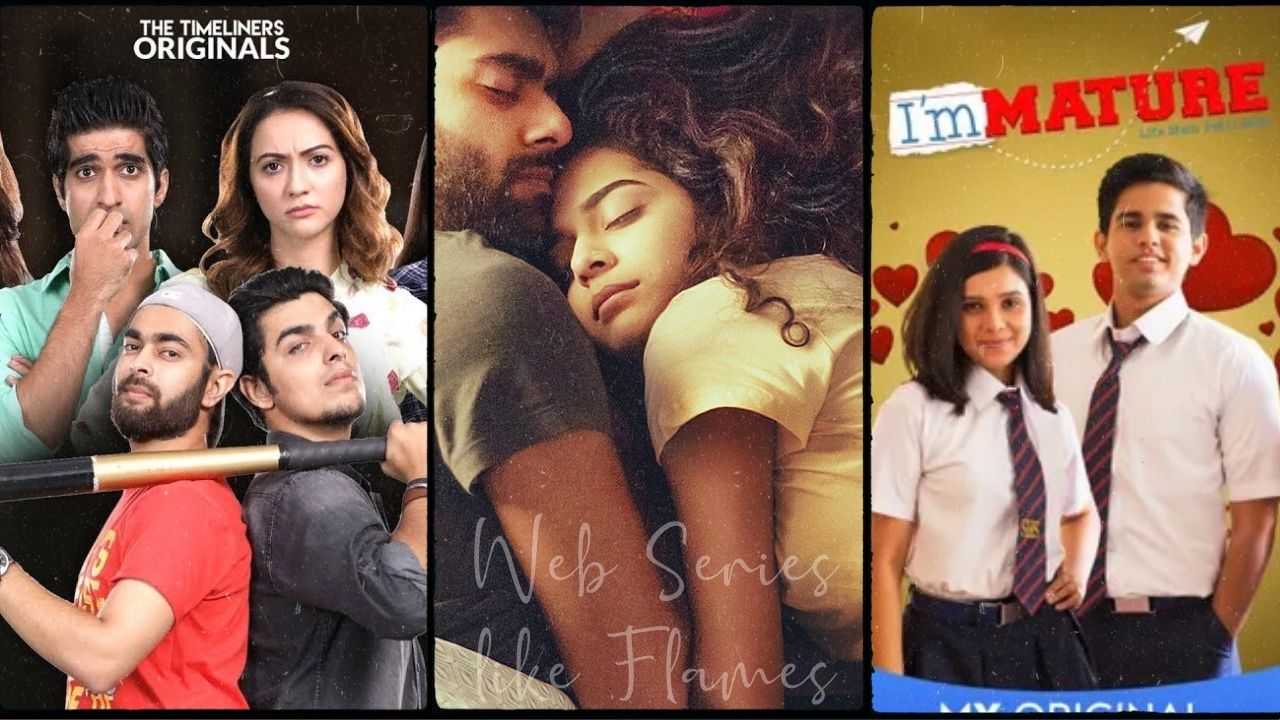 Top 5 Web Series like Flames: Flames came out in 2018 and became a fan favorite instantly. The innocent love story of Rajat and Ishita stole the hearts of every fan watching the show. Flames was loved so much, that Timeliners announced the second season almost instantly.

The second season got a bit heavier and fans cried all over it. It is one of those TV series which you will hold close to your heart. You can never get enough of it, no matter how many times you have watched this.

This comes with clean humor and soulful acting. We wanted to see what will happen in Rajat and Ishita’s story and now that we have the answers we want more of it.

Well, we can not get another season of Flames, but we can watch shows similar to that. So, here are few shows that might give you the same vibe as ‘Flames’.

Here is the list of Top 5 Web Series like Flames that you must watch if you liked Flames web series.

In my opinion, College Romance is the closest we have gotten to get a show like Flames. It is based on the life of students and their love life. The show portrays the life of a student in college beautifully.

The show not only focuses on the relationships of the students but also the trials they had to go through to maintain that relationship. The second season might have been a little cheesy but Bagga and Naira’s relationship was still winning the hearts of the fans.

It is a feel-good romantic series that will make you all warm and fuzzy in your happy glands. And with just 10 episodes in total, it is a perfect series to binge on.

It is another sweet and innocent love story. It was one of the first Indian web series and it was loved by almost everyone. Little Things is a very simple series and I think that is the only reason this series is so special.

This show focused on the story of Dhruv and Kavya and how they tackle little things in their relationships to make it work. We don’t have to go for something big, sometimes the little things that we ignore are the answers that we have been searching for.

To be honest, this show can have a positive impact on your life too. I suggest you watch Little Things as it is one of the best things out there.

Now that we are talking about the matter of sweet shows let’s talk about Permanent Roommates. Arguably one of the sweetest and innocent love stories I have ever seen.

And another fact that made it stand out from other shows was that it was not at all cheesy. It was like a happy break from all the cliched stuff that we used to get on our television.

Again, it is a simple storyline and they didn’t even try to make it complicated. This show will make you laugh, will make you cry, and overall you will have an amazing time while watching the show.

And again with only 14 episodes, it is a perfect show to binge-watch.

I don’t know what, but there is something really special about ImMature. It was relatable, and trust me very few school-based shows are able to do that. Everything about this show is beautiful, and especially the songs of this show.

The songs of ImMature doubles the emotions in the show. I will go ahead and even say that it might be better than FLAMES as well. I mean. till the fourth episode, it is all a happy show and the last episode it is a crying city.

Out of all the show o the list, I will recommend you watch this first.

The final show on the list, which made Rohit Suresh our new national crush. Yeah, I know this series was wrong on so many levels. But the main story of Dimple and Rishi was good.

And yes, the ending was a bit stupid but sometimes it is not about the ending entirely. I thoroughly enjoyed the way we reached there. It is a decent watch and you can have a good time while watching this show.

There were our picks for the best TV series like FLAMES. Know of any other series that we might have missed? Let us know down below.