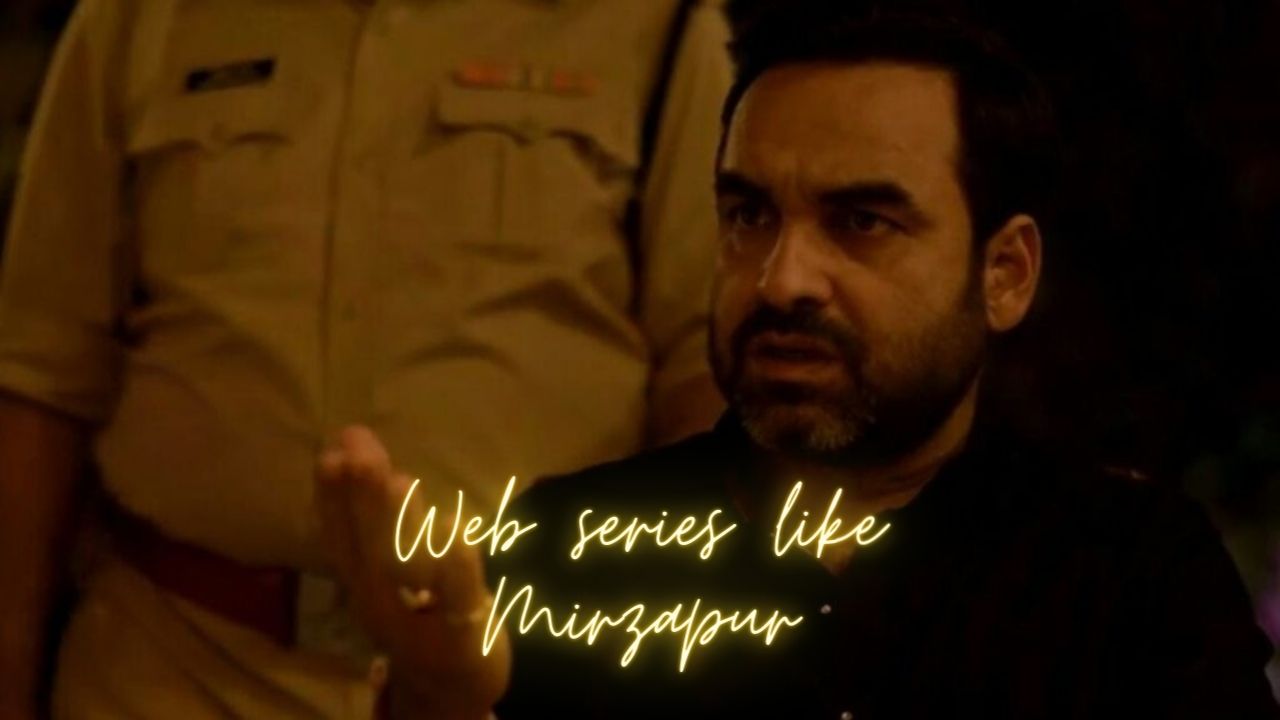 5 Web Series like Mirzapur to watch for Free: Web series lovers are having a different kind of taste than ever before. The time for mellow normal romantic web series is now out of trend. It’s time for Thriller and full of action web series.

After the release of Mirzapur, we have a complete set of different interests about web series to binge-watch on Amazon Prime, Hotstar of ZEE5. People are loving the crime thriller shows like Patal Lok and the Family man.

Amazon prime and Disney+Hotstar contributed very well to make it one of the favorite genres for the Viewers. They have produced shows like Hostages, Criminal Justice, Patal Lok, Asur, and Breath into the shadow?

Every Crime thriller was rated very well by the viewers and it shows the love toward these shows.

So here we are with 5 amazing Web Series like Mirzapur you must watch. Mirzapur is full of Action, thrill, and Hot scenes. We tried to list down all the top shows which could match that genre.

Four masked man want Dr. Mira Anand to assassinate the Chief Minister of Haryana. Just a night before the operation of Chief minister, his surgeon, Dr. Mira Anand held Hostage along with her whole family in her own home.

But who were those people and why they wanted to assassinate the Chief minister? What would she do now? Will she do the way they want her to do? How would she save her family?

You can get all the answers in the web series. Hostages season 2 is already out to stream on Disney+Hotstar now.

Aditya, a cab driver had a one-night stand with his Passenger at her house. But, that one-night stand turned into a nightmare for Adi. He woke up covered in Blood. He was speechless and he remembers nothing.

Ironically, every evidences were against him and that was enough to through him behind the bar. But who killed her and why? What happened to Aditya when he was punished for lifetime?

Watch the web series to get all these answers. I can Guarantee, you won’t regret for your time because this Disney+hotstar VIP show is worth for your time.

Asur is a 16+ rated Thriller web series and one of the best Crime web series. Asur is a story of a forensic-expert-turned-teacher, who returns to his roots at the Central Bureau of Investigation, and along with his former mentor Dhananjay Rajpoot, finds himself caught in a cat-and-mouse game with a brutal serial killer.

As I mentioned this web series in the list of Web series like Mirzapur, you may have guessed that this is a must-watch. You can watch this web series on Voot’s official app and website.

Breathe into the Shadow

Doctor Sabharwal tried everything to save her only child and for that, he committed so many crimes. Because Avinash had multiple personality disorders. Wishing what happened to Siya and that Medical student?

Well, to get the answer, you must watch this amazing web series.

Special Ops is about ending the Nineteen-year long manhunt. Himmat Singh and his team of 5 intelligence agent from different parts of world are supposed to catch the mastermind who were hunting for two decades.

Would they be successful in catching the mastermind? or will they lose some of their partner agents? You should watch the web series yourself to find out more about the story. It’s really an interesting series to watch.