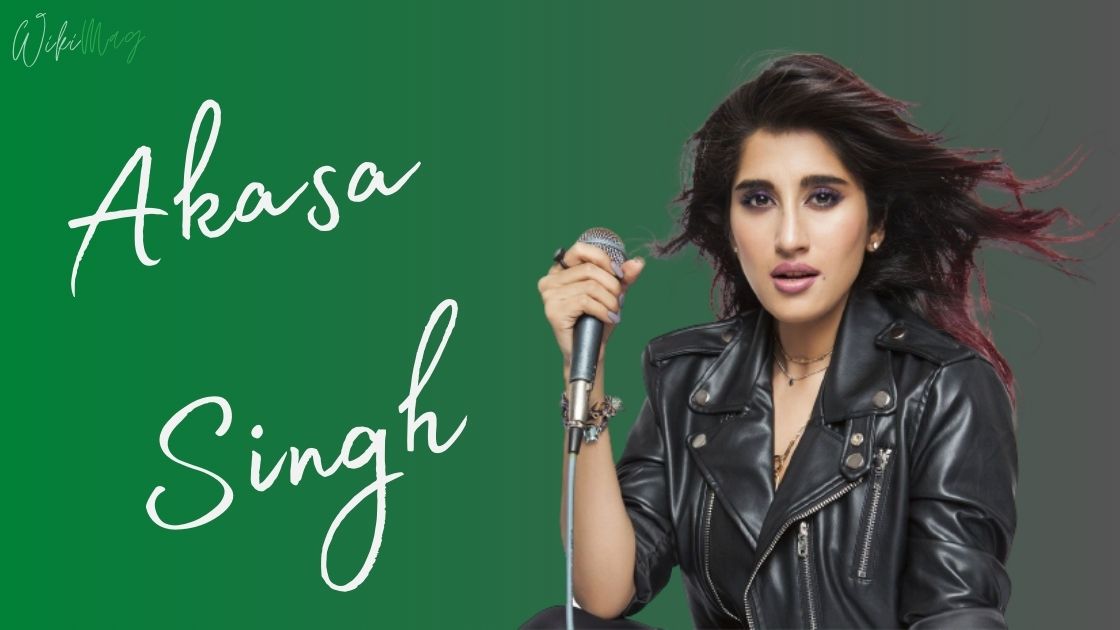 Today’s blog is about a singer, who is known for her song Naagin. In this post today we will know about Akasa Singh’s family, career, height, weight, and some unheard things related to her.

All of you are welcome once again on this post, I hope you all are living your life fearlessly like a lion.

Akasa Singh was born on 2 April 1994 in Namdhari Family Mumbai. On the other hand, if we talk about her parents, her father Arvinder Singh is a singer as well as a music director, and her mother Amita Singh is a professional Kathak dancer.

And Akasa’s brother Aasa Singh is both a singer and a musician. This tells us that her entire family is associated with the film industry in some way or the other.

She has taken her degree in Graduate from Mithibai College, Mumbai. Akasa is a singer as well as an actor

And after that in 2018, the song “Thug Ranjha” broke all records and became the first super hit song to cross 27 M+ views on YouTube in a month. In India as well as in the whole world, it was seen the most at that time.

Akash Singh started her career by joining Mika Singh’s band group in which 10 male members was there, and she was the only girl in that group.

Akasa started her career by hosting a television show called “Secret Show”. In the same year 2021, Akasa participated in Bigg Boss season 15 which is also known as “Sankat in Jungle”.

She has given many super hit duet songs in many movies, some of the songs are named, “Ainthe Aa”, “Dil Na Jaaneee”

In 2014, Akasa Singh participated in a music competition titled “India Rao Star”. In that competition, her mentor Himesh Reshammiya promised her that he would give her a chance to sing in Bollywood. And in the 2016 film “Sanam Teri Kasam”. Akasa Singh won the hearts of all her fans with the song “Kheech Meri Photo”.

Along with Duet, She has also given superhit solo songs in many movies such as “Thug Ranjha”, “Maserati”, “Nayyo”, “Yaad Na Aana” ….

Akasa Singh, who is one of the contestants of Bigg Boss season 15, recently got expelled from the show and is sad with her expel. After getting terminated from the show, she spoke to ETimes TV and opened up about her ejection, her relationship with co-contestant Pratik Sehajpal, and her opinion about the others contestant. She called Tejasswi Prakash a sharp player and Vishal Kotian a designing person. Akasa also talked about her chemistry with Afasana and admitted that she is fond of Pratik and would carry on her friendship with him even post the show.

Check Out Our Latest Posts:

What affected Akasa Singh a lot?

She Said:- I am getting emotional. Two-three things happened together. I created a good bond with Miesha, I was bonding with Pratik because our nature was quite the same. But someone from the house told me that both Miesha and Pratik were playing with my emotions, they had planned everything and I am the emotionally weakest person here.

I was told that they were using me for entertainment. That thing broke me so much and that night I was crying in the washroom. In my real life, I’ve never been in a situation where anyone has used anyone in friendship. For me, loyalty and trusting someone shook me. Then the next thing that shook me was when Afsana fought with me. I would go out of my way to make her comfortable and help her.

But when she backstabbed me continuously, it hurt me from inside. Because of all this, I went into a shell. It demotivated me a lot. Then when I saw a bunch of people who were fake and were getting appreciated I was like what is happening. I don’t want to take their names.

Check this out Also:

Where is Akasa Singh from?

Akasa is from Mumbai.

What is the real age of Akasa Singh?

When is Akasa Singh’s birthday?

Where was she born?

She was born in Mumbai, India.