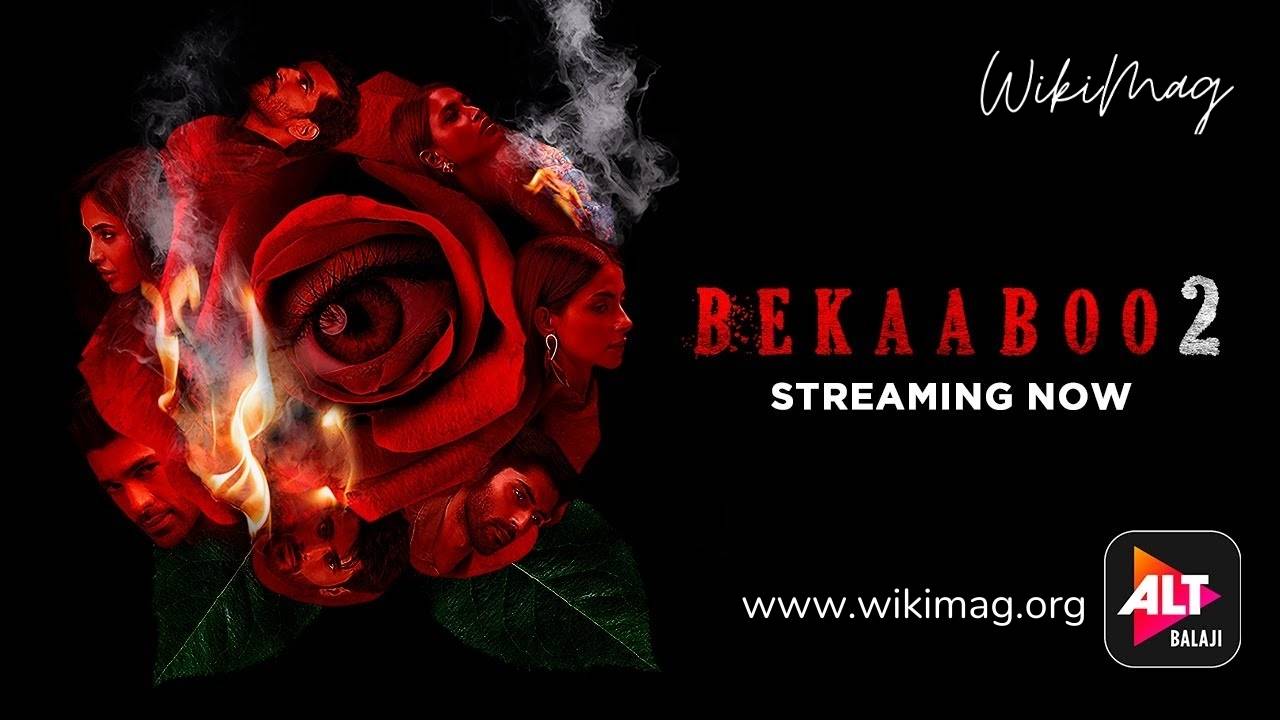 Bekaaboo Season 2 Review, Cast & Plot: The first season of Bekaaboo was released in May 2019 and I was surprised by how much I liked the show. It had a perfect amount of thrill alongside some pretty good comedic punches.

And at the end, you will ask for more and that is something Alt Balaji is not famous for.

To make an intriguing story and end it on a cliffhanger so fans desperately wait for more. I really wanted the Bekaaboo web series the second season and when it was was announced I was really excited. The excitement soon turns into disappointment when I watched the second season.

The best thing about Bekaaboo’s first season was that it was a smart show.

It allowed you to think when the answers were right in front of you. And they completely ditched that in this second season. There were so many dumb scenes that could have been avoided.

Another thing that I disliked was the unnecessary elongated scenes.

Sometimes, it felt like that this season could have been a two-hour movie instead of a 4-hour web-series. It was like they were just trying to fill the time.

Another thing that killed the show for me was the predictability of the show. No matter how many twists and turns they introduce, you would have realized the ending from miles away.

Bekaaboo Season 2 Plot: The official synopsis of the show reads “This time around, Bekaaboo Season 2 is a story of a bestselling author, Anaysha who has recently gained popularity for her book.

As her literary piece rises to fame, her attitude towards life and some of her personal relationships start changing. The show, Bekaaboo Season 2 web series is a twisted tale of fame, hate, revenge, and murder.

So, what happens to Anaysha? Does she kill someone? Who is the closest person in her life?”

The second picks up right after the end of the first season.

Anaysha is living a lavish and happy life after the success of her novel. She is living her life with her best friends Kashti and Natasha. There are parties, lots and lots of parties, booze and everything you can imagine. Everything will change when Kiyaan will return to get his revenge.

He will do everything to ruin Anaysha’s life and career. Anaysha’s whole life will change and she will have to fight Kiyaan as well as many other obstacles to get her life back.

Will she be able to beat Kiyaan for sure this time? You have to watch this tale of revenge filled with betrayal, and lots of twists and turns.

Taher Shabbir is the new entry in the cast and he replaced Rajeev Siddhartha as Kiyaan. He did a pretty good job as the main villain. He had a motive and acted on it. I think he stole the show for me.

Honestly, I was really surprised by Poulomi Das. She did such an amazing job. If she had a few more minutes on the screen, she might have outshined Taher Shabbir too. So, be ready to see her in many more projects along the line.

Afnan Amrohi is producing the show again. Another positive point of the second season was the music of the show. I absolutely loved the music done by Upmanyu Bhanot and Akul Tandon.

Honestly, I thought that the plot was really simple and good. The basic plot had everything to make it a good show. What really bothered me was the screenplay of the show. It was so inconsistent.

Sometimes it was able to hook you up for almost nothing and sometimes even the most intense moments were dulled down.

Other than that the cast did a pretty commendable job and made the show worth watching at least. It is a pretty predictable thriller show, that is pretty good for a one-time watch.