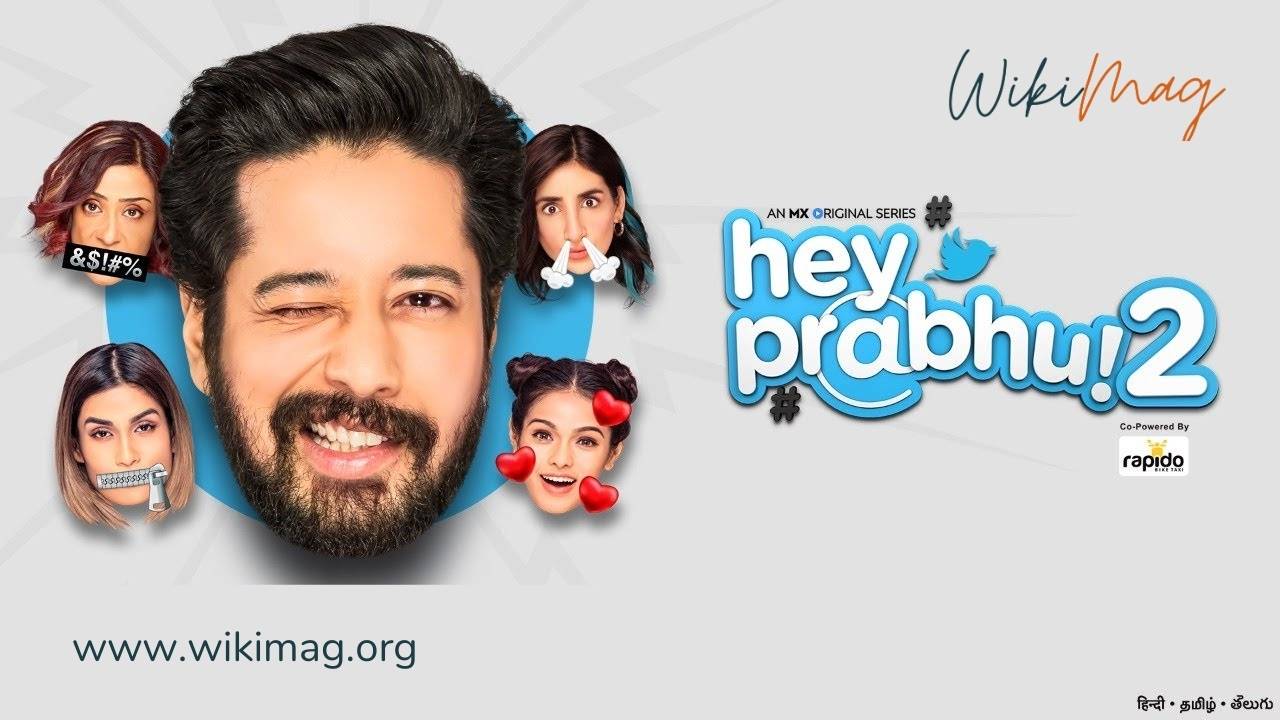 Hey Prabhu 2 Release Date, Cast, Plot, and more: After 2 years, finally Hey Prabhu Web Series is making its return. Hey Prabhu was one of the smartest series I have ever watched, and now that it is returning, I am really excited about it.

Before that, it was just a video player that supported every kind of video. After that MX Player hasn’t looked back even once and has given us some of the very best web series like Aashram, Raktanchal, Bhaukal, I’m Mature, and recently released Chakravyuh. And it looks like they don’t have any plan for stopping anytime soon.

Hey Prabhu Web Series was one of the most genuine comedy shows I have ever watched. It was smart, witty, and was filled with jokes that will make you laugh.

Hey Prabhu was relatable and it struck fans immediately. It is very rare that we get a show that is funny and relatable at the same time and that sets Hey Prabhu apart from every other show.

The only problem I had with the series was the main lead. He was way out of it. Sometimes it felt like he didn’t know what he had to do and looked clueless. Other than that, it was a perfect watch that you can watch with your friends and family.

The official synopsis reads “A boy in his mid-20s with a strong Twitter following navigates the real world only to realize that online popularity isn’t enough to overcome real-life situations.

To top it off, his personal life is at an all-time low, because he has started experiencing erectile dysfunction.

Hey Prabhu 2 is a fun look at our online heroes and their miserable offline lives.”

The story revolves around a boy named Tarun and he is a social media celebrity. He has tons of followers on his Twitter and other social media accounts. But followers can’t solve his personal problems, right?

No matter what, he is jobless and frustrated with his life. His life changes when he gets a job in one of the most prestigious magazine companies.

His basic and effortless life finally changes, but like all others, the pressure is too much for him. And now he has to cope up with this hectic and chaotic schedule.

The second season will feature more of Tarun’s life in his company and at home. If they can maintain the same amount of goofiness as the first season, I will absolutely love the show.

Hey Prabhu Season 2 Cast: It looks like that everyone from the first season will reprise their role for the upcoming season. Rajat Barmecha as Tarun Prabhu, Achint Kaur as Mita, Rituraj Singh as Ishwar Prabhu, and Ashish Bhatia as Aarambh.

You may like:
Sci-fi web series of all Time

Other than the main lead, I loved the performance of every cast member. Specially Parul Gulati really won me over with her performance. She was witty, quirky, and believable.

Even Rajat was finding his feet with the role as the show progressed, so I hope he does a good job this time, now that he is familiar with the character.

Abhishek Dogra will direct the series. Percy Jamshedji and Tarun are in-charge of writing. Sameer Bhojani and Gundeep Singh Kohli are producing the series.

Hey Prabhu 2 Release Date: The show is all set to release on March 26, 2021. All 10 episodes will release on same day on MX Player, so you can binge it as soon as it is out. Each episode’s runtime will be around 30 minutes.

Overall, I am pretty excited for the show. I really hope they don’t kill the smartness of the script while delivering all the goofy characters to us.