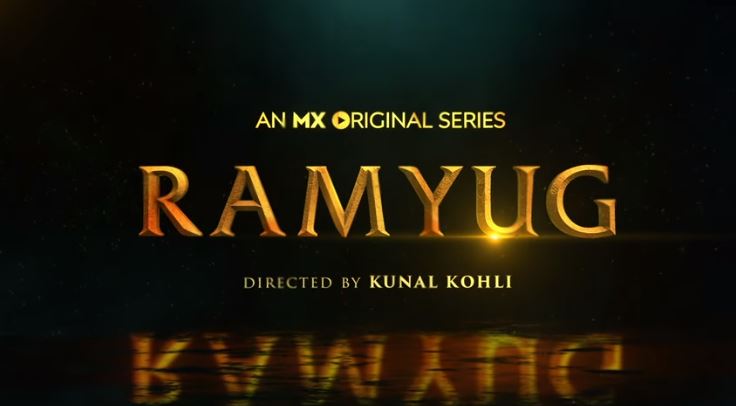 Ramyug Web series cast, Plot, and more | MX Player: MX Player brings out their own Ramayana and looks good. A few days ago MX Player released the trailer for their upcoming show ‘Ramyug’.

And as we have seen earlier with any adaptation of Ramayana, people had mixed feelings about it. Kunal Kohli directed ‘Ramyug’ is all set to release very soon.

He told in an interview that his version of Ramayana will connect people of all ages. We have seen Kunal’s work in projects like Hum Tum and Fanaa. So, it is kind of a new flavor for him. Ramyug will be Kunal’s first web series and he has high expectations with it.

Kunal said in an interview that “Digital is the biggest platform today, and any platform that one chooses for one’s work, whether film or web series, the ultimate idea is to get a maximum number of people to watch it. With OTT, we get a large audience, which is the ultimate goal.” So, we can say that he is pretty excited about that.

The official synopsis of the show reads “Show is an adaptation of the epic Ramayana.” So, the story is pretty self-explanatory itself. The show is based on Ramayana in Kunal’s own way.

It will be more CGI-based and will include more action. Kohli has always wanted to work in an ancient saga-type show or movie. And finally, he is doing that with what might be the biggest project in India.

There have been so many new adaptations of Ramayana and Mahabharata. But none of them has been as impactful as the classic one. So, it will be interesting to see how this will turn out.

Recommended:
5 Web Series like Mirzapur to watch for Free
How to watch ULLU web series for Free?

The show is all set to release on May 6, 2021. Every episode will stream on May 6 only on MX Player. You can watch the show by simply installing the app on your mobile.

There will be no membership charges and it will be absolutely free of cost. The total number of episodes has not been revealed yet, so we have to wait till the release date to find that out.

The Ramyug Web series cast looks pretty strong with almost every actor having one strong role to his or her name. So, it will be interesting to see how they will perform. Because this might be the most challenging role of their career yet.

Kunal Kohli is the director of the show with Kamlesh Pandey serving as the writer. Ravina Kohli and Niharika Kotwal are producing the series while Sajid-Wajid are in charge of the music. I am excited about how the music will turn out to be after hearing those names.

Honestly, I am not so sure. People have gone on to various platforms to show their dislike of the trailer. One of the major concerns was how Lord Ram and Hanuman were portrayed.

If you have read or even heard the stories of Ramayana. You will know both of them were calm and collected. But the trailer showed them aggressive and that was the main point of dislike for the fans.

There are so many other things but half the fans only targeted this. So, we have to wait and find out how this will actually turn out. But, you can expect lots and lots of actions and CGI.