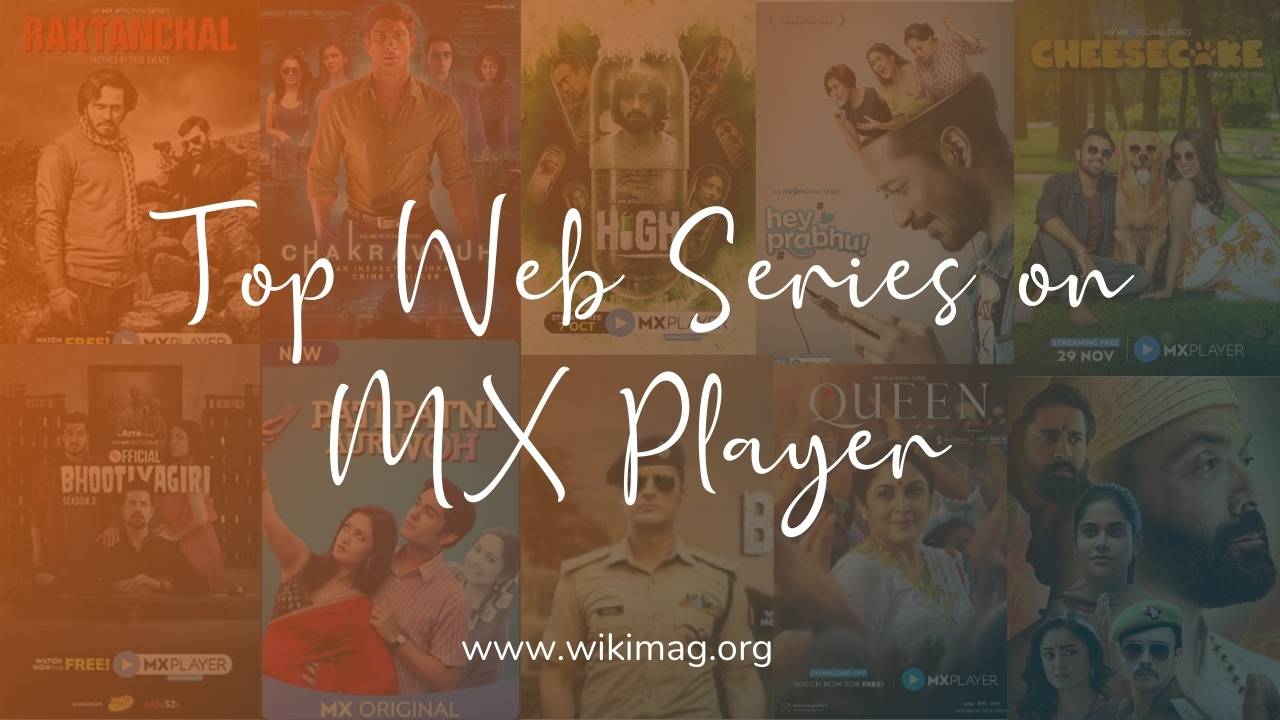 Top 10 Web Series on MX Player: So, hear me out. MX Player might be becoming one of the major OTT platforms in India. Not only they are acquiring some famous shows from other OTT platforms they are also producing their own shows too. Yeah, I know some of them are really dodgy, but some of them are really good. Recently, they have released so many amazing shows that this list was bound to be made sooner than later. So buckle up, as these are the Top 10 Web Series on MX Player.

It might come as a surprise, but Chakravyuh is really good. I was surprised by how much I liked this show. I mean I had no expectations when I started the show, just look at Prateek Babbar’s track record for a while. His choices of movies or shows aren’t something to be proud of. But, I honestly think that he has finally found his way after all this time. Chakravyuh is a good watch that will keep you hooked on your screen for its entirety.

I’m a huge fan of this show. It was one of the first shows of MX players and it really set them up as an OTT platform. It is one of the smartest shows I have ever watched. The plot, the dialogues, the cast, everything is relatable. There won’t be a single moment where you will be bored. And now that Hey Prabhu season 2 is on its way, this might be the perfect time to start this show.

This was MX Player’s reply to Mirzapur and Sacred Games. It was their flagship show until another show came out that we will cover later in the list. This is a proper gang warfare show, where they didn’t even try to hide it a single bit. They just went on with it. This show is full of action, gore scenes, and slurs. If you are really into crime stories, this is a perfect show for you without any doubt.

The series is just as crazy as the name suggests. Akshay Oberoi might have given one of the best performances I have ever seen in a web series. Another thing that sets it apart from other series is the cinematography of the series. Everyone did a commendable job and made this drama series really the highlight of MX Player for a while. Social media was filled with High memes and after watching the series I had no doubt why it was trending so much.

Here we got the famous couple of Jeetu Bhaia and Akanksha Thakur from Pitchers again. It is such a sweet concept that you can’t really hate this show no matter what. I mean, the main lead is a dog and who doesn’t love dogs, right? It is such a sweet series that will make you all warm and fuzzy in your happy glands. And sometimes that is all you want. The story is woven in such a beautiful manner that you won’t even know when it ended. This might be my personal favorite series by MX Player.

We really have a shortage of good horror-comedy on Indian television. MX Player saw that and released Official Bhootiyagiri. Now, the name might suggest it as a cringy and unfunny series but the reality is the opposite of it. It is one of the funniest series I have watched. And the comedy is not shouting or anything, it is satire and that is rare in Indian series. Sumeet Vyas again impresses with his performance and all the other actors did a commendable job. If you want a fun time with your family, this might be the best series to watch.

Another horror-comedy that is good. It looks like MX Player knows the right formula to make horror-comedy shows and I am not complaining. This series has a fresh plot and so many good punchlines that it will surely make you laugh. The accent used by the actors somehow makes it even funnier. Every cast member did an amazing job and carried the show when the script was weak. It is not a perfect show by any means. But the positives heavily outweigh the negative and that is all I ask in a family-friendly show.

Now, we are back with another crime thriller. The plot is really simple, to be honest. But the story is so much better than all the Bollywood police movies you have been watching all these years. It is based on some true events happening in Muzzafarnagar, the more you know. I am also taking a bullet and comparing this series to ‘The Family Man’. Yes, this series is that good. I won’t be able to explain how good this series is just by mere words. You have to go and watch it for yourself.

I absolutely adore this show for what it showed us. I am telling you this is what actual Women Empowerment looks like. The series follows the life journey of Shakti Seshadri. It is one hell of a show. From the start to the absolute end, the tension is sky-high. Even when Shakti’s childhood was being shown, there was some lingering tension that can be felt. Every episode ends in a cliffhanger and every cliffhanger is good. You want to know what will happen now. The acting is absolutely stunning with every actor giving their best performances. The way every mystery gets solved in the last episodes is just riveting and it rewards you as a watcher.

Now, this is the flagship series I was talking about. Bobby Deol starrer show might be the best MX Player has ever made. Right from his first scene to his last he just stole the show. Prakash Jha’s narration is out of the world. Even the second season was brilliant and lives up to the brilliance of the first season. The series might be inconsistent but in no way is bad. It is one of the best Indian web series, and that is undisputed. If you are in socio-political drama in any way, this series is perfect for you.

These were our picks for the Top 10 Web Series on MX Player. Know of any other web series that we might have missed? Let us know.