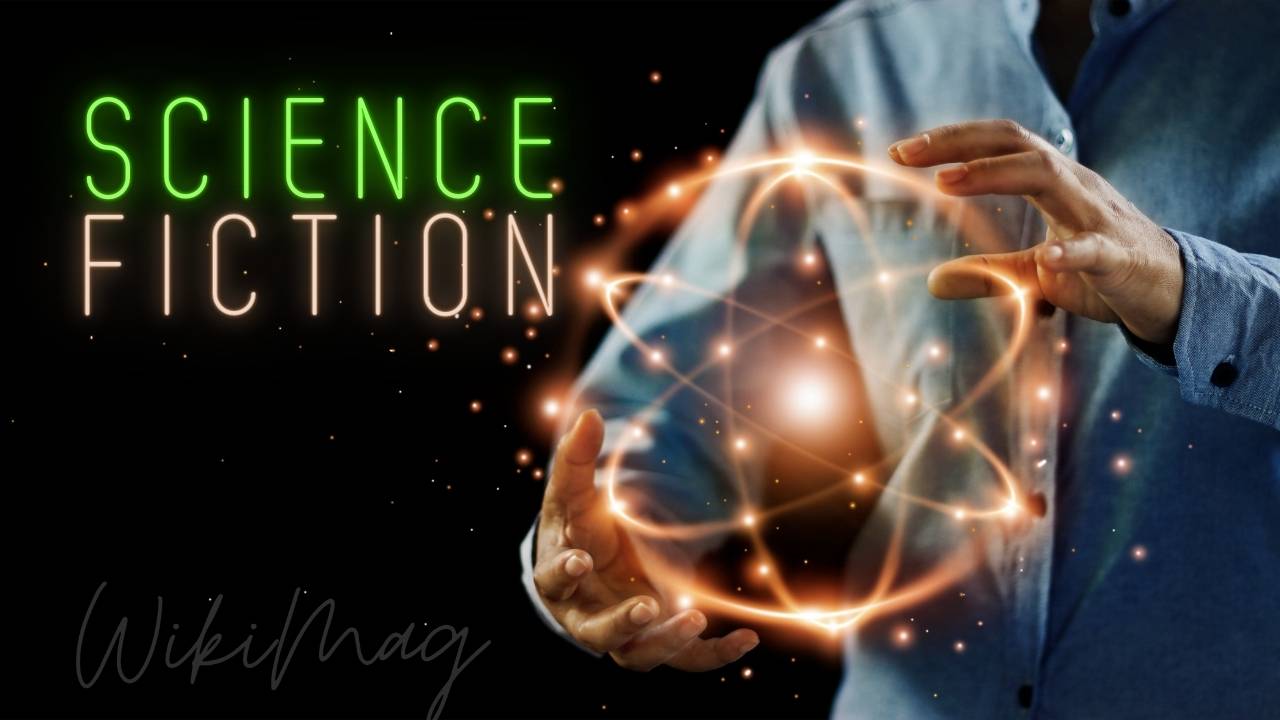 Top 5 Sci-fi Web series of all time: Science Fiction will always have a certain factor to it that sets it apart from other genres. Movies like Star Wars, Star Trek, Back To The Future are still considered classics. The sci-fi genre is not limited only to action. It has horror, romance, and other genres too.

More than a movie or a show, Science Fiction is a journey. It takes you from space to the bottom of the earth, from our planet to another planet, from this dimension to another. True science fiction will not only entertain you but also will make you wonder about the realm we live in.

Sci-Fi shows have been around for a very long time. Be it in form of anime, cartoons’ or live-action. You have loads and loads of options to select and watch a show from.

But, the real problem is what to watch?

I mean, with these hundreds of options you are bound to get confused. If you are new to this genre, the selection process becomes even harder for you. And that’s why we are here.

We have compiled a list of the 5 best Science Fiction shows of all time that you can watch right now. So buckle up, because this ride is going to be filled with adventures of space, horror, action and so many other things.

Top 5 Sci-fi Web Series: I am talking about the original series, not the new reboot ones. This one has that original feeling to it. I know it is more of a horror show, but the sci-fi material was in surplus too.

The main thing that sets apart this Sci-Fi horror from other shows is plot and story. The story of each episode was so good and interesting that you won’t be bored for even a single second.

The show is funny, creepy, thrilling disturbing, and scary all at the same time. I mean, if you haven’t watched it yet, go and watch it right now. That is After reading the remaining entries, of course. You can thank me later.

A little trivia for you all. The episode “The Odyssey of Flight 33” featured a flight that goes back in time. That was the first time it was done on mainstream TV and it was so beautiful. I am really jealous of people who got to watch it as it came out. Rod Sterling is a genius for creating this show and that is undisputed.

This time I am talking about the rebooted version of the 2000s. You think that it is a pure sci-fi show with lots of action and a spaceship. Let me tell you that you are wrong. It is more of a political and social drama and it is one of the best dramas we have gotten in the last 20 years.

Battlestar Galactica was way ahead of its time and now that people are talking about how good this is, It makes me so happy. It is a slow burner of a show and that is the best kind of show.

This show will let you think and the best part is that it doesn’t nerf or dumb down any scenes for the audience. It is one of the most mature and gritty Science Fiction show I have ever watched and it definitely is one of the very best.

And you guys thought I was only going to include classic shows. Right from the first episode to the absolute last, you will be hooked on the show. It has everything you want in a proper Sci-Fi crime thriller.

It has crime, obviously, It has some of the best VFX I have ever seen. The plot revolves around so much but at the end comes back and makes complete sense, unlike this article. It is really hard to explain what a gem Mr. Robot is. It is so weird and extremely surreal that you will love it.

And for all the drama-loving fans, it has something for you too. The last part of the second season is really dramatic with lots and lots of rants and monologues. People say that the second season is boring, but personally, I liked the sudden shift of pace and narrative. It gave the show a much-needed sense of normality. For me, this is definitely the best Science Fiction show ever.

When HBO announced that the Watchmen movie will get a sequel in form of a web-series, I was excited and worried at the same time. Excited to see one of the best comic book movies ever getting what it deserves. And worried that they might ruin the movie for me completely.

I had really high expectations and I wasn’t disappointed. The way Damon Lindelof made the show, I was in love with it. I wasn’t a very big fan of Lindelof’s work, but after Watchmen I saw all of his work in a new light and I was impressed.

The thing I realized is that, in every Lindelof show, the main focus is on the journey rather than the end result. That’s why most of his work is left without an answer. Watchmen needed an answer to all the mystery because of the Fandom, but the show wasn’t about that at all.

It was about presenting characters in front of you that you will truly love. It was faithful to its source material and was a deserving sequel to one of the best CBM movies ever.

One of the best shows that is based on a very famous franchise and doesn’t depend on fan-service.

And for all the Star Wars fans it is more than just a show. It is a narrative masterpiece and will definitely entertain you.

The first season might be a bit plain, but the second season was some of the best things I have ever watched. As a Star Wars fanatic, everything I will say will be biased, that’s why you have to watch it yourself. You will be stunned by how good this actually is. The acting is on point, the action scenes are badass and at no point, it feels like a drag.

This was our list of Top 5 Sci-fi Web Series of all time. Know any other shows that we might have missed? Let us know in the Comment.